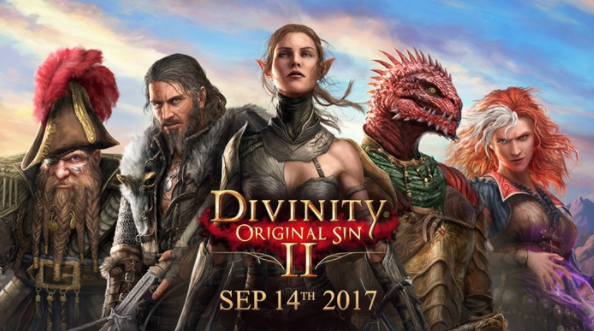 Checking and improving Divinity: Original Sin 2 in the format of “Early Access” from September last year, the team Larian Studios finally decided when they will be able to present the finished result.

If nothing changes, Divinity: Original Sin 2 will go on sale for the PC on September 14, 2017. After that, developers will probably take over the console versions.

I want to remind that initially, gathered more than 2 million US dollars at Kickstarter, Larian Studios planned to release a continuation of Divinity: Original Sin at the end of the 2016 year. However, as the developers emphasize, the project turned out to be significantly larger, darker and more realistic than the first RPG, so it took them a little more time to finish it.

Thousands of years have passed since the events of the first game, players will become traitors that practicing forbidden magic, who will soon have to decide who will become the next god of Rivellon and how he will use his newfound power.

In carrying out tasks and exploring the world, players will receive a total freedom comparable to desktop role-playing games. Immediately from the day of the premiere of the Divinity: Original Sin 2, the Game Master mode and tactical PvP-battles in the arena will be available, not to mention multipurpose tools for creating your own adventures and a new system of distinctive features that allows you to set the past and aspirations of a character belonging to one From five races.

Among the distinguishing features of Divinity: Original Sin 2 game developers also called the possibility of co-op campaign for four people (for the sake of cooperation or rivalry – of your choice), a new system of relationships and a tactical combat system that relies even more on the interaction of the natural elements.

Today, Larian Studios has released a fresh update for the version of Steam Early Access. Thanks to this, access to two new areas, a new system of relations with companions and to “thoroughly redesigned” crafting systems and the creation of characters. Plus, from now on you can get acquainted with the new History of Genesis by the example of a gnome-pirate nicknamed the Beast.